Geoff Hurst’s life is about so much more than scoring the only hat trick in a World Cup Final.
Hurst: The First and Only charts some incredible highs and little-known lows as the sporting legend talks for the first time about the tragedies which have mirrored his remarkable achievements. Hitting football’s highest heights compares little to losing a brother to suicide and a daughter to a brain tumour. And six years after Hurst’s glittering career came to an end, he found himself on the dole.

This is a life shaped by glory and tragedy, fame and normality. The story is told in the company of friends and peers like Harry Redknapp, Harry Kane, Gareth Southgate, Gary Lineker and Alan Shearer amongst others.

And it is more, much more, than a football documentary: at heart this is a very human story, revealing the man behind the statues and the accolades.

This trailer has been mixed in Dolby Atmos to bring the action to life and truly immerse the listener in the atmosphere of the World Cup Final in 1966. Hear the crowd surround you like you were there and feel the thud of the ball as it hits the back of the net. Hear from football legends, as well as close family members, as Matthew Lorenzo takes Sir Geoff Hurst back to those glory days and the not so happy times of personal tragedy.

Please use headphones to get the full immersive experience. 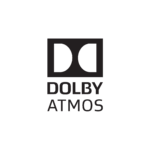