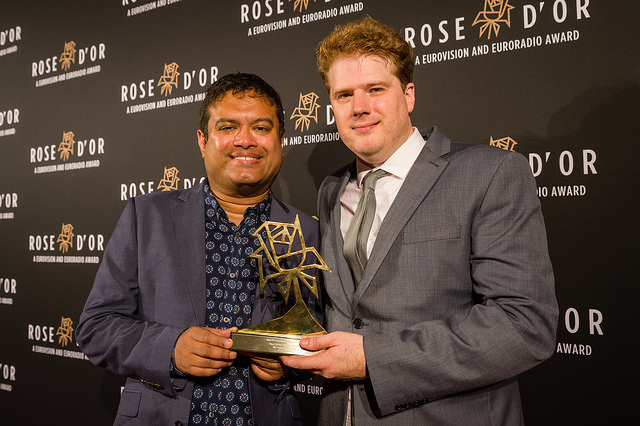 The best in TV, radio and online entertainment has been honoured at the 55th Rose d’Or Awards in Berlin. Programmes from Sweden, Ireland and the United Kingdom were awarded trophies in 11 categories including for the first time in 2016, Drama and Audio Stories.

Among the winners were the BBC’s River which won Best TV Drama and SVT’s Eurovision Song Contest 2016 which took home the prize for Best TV Entertainment. The full list of winners is below. British comedy legend John Cleese was honoured with a lifetime achievement award for his outstanding contribution to the entertainment industry.

Paul Sinha looks back on history in his very own way and corrects any assumed knowledge that we may have about history and what is generally perceived to be correct. Paul does this in a very entertaining and informative way. Clever and funny… Not too be missed.

Winner of this years Best Radio Comedy went to Paul Sinha’s History Revison. Written by the man himself, produced by Ed Morrish and edited by Rich Evans @ Syncbox Post.